Rapid social development and economic growth have been achieved by utilizing fossil fuel-based energy sources. However, fossil fuels are not sustainable, causing numerous environmental problems. Many researchers have put a lot of effort into realizing new ideas on how to develop renewable energy resources, such as wind, water, or sun, in the most efficient way, without incurrence of further ecological catastrophes. Nevertheless, since most renewable energy sources are intermittent, an Energy Storage System is necessary at any cost to store renewable energy sources with the changing power.

The Lithium-Sulfur (Li-S) secondary battery is a battery made up by utilizing sulfur as a cathode material and lithium metal as an anode material, and is a secondary battery as well with the properties of lower prices and higher energy density, where the oxidation reaction of lithium may occur in the lithium metal of an anode and the reduction reaction of sulfur in a cathode, when discharging. The Li-S secondary battery expresses a high value (500 Wh/kg or more) in the theoretical energy density, which is corresponding to about two times of the LIBs; is enabled for the high power output; and could make the mileage more than doubled compared to the conventional LIBs, when applied to electric vehicles, due to its excellent low temperature property (maintaining the capacity of up to 50% even at -70℃) (Figure 1.2). Unlike the LIBs, because domestic supply and demand for cathode materials is enabled and the price is lowered, the production cost of a battery could be reduced. According to the reports by McKinsey and Lawrence Berkeley National Laboratory (LBNL) in 2012, they suggested that the Li-S secondary battery Sulfur rechargeable batteries are the most promising as energy storage media capable of achieving $65/kWh of a raw material charge, based on 100,000 electric vehicles (Figure 1.3). In addition, as sulfur, the main material of Li-S secondary batteries, has an abundant yield and could be acquired from by-products or wastes in the oil refining process, it is easy to secure the materials for it; moreover, since it is nontoxic and eco-friendly, it has surly the limelight as a next-generation secondary battery. Therefore, it is expected that if Li-S secondary batteries are developed and applied to the energy storage system and medium- or large-sized secondary batteries for electric vehicles, they could lead the structure of market competition and play a greater role in selecting the next generation energy technologies, based on such technologies.

This report would provide a comprehensive description on the development of Li-S rechargeable batteries, including major historical advances, related technical hurdles, and component/material developments. Furthermore, it also focused on the latest emergence of cell configurations that might promise to make a leap of the research of Li-S secondary batteries. In addition to it, the advanced characterization technologies have also been introduced to better understand the chemistry-related mechanisms of Li-S secondary batteries.

The Strong Points in this report are as follows:

⑤  Introduction of technologies and patents related to Li-S batteries 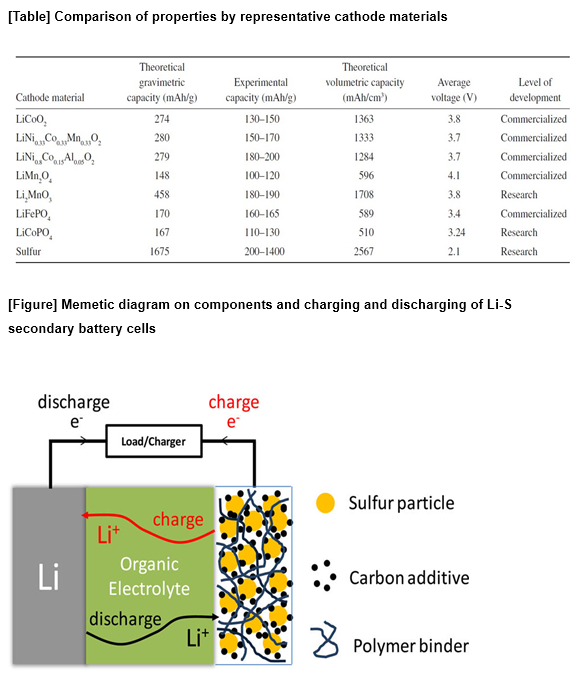 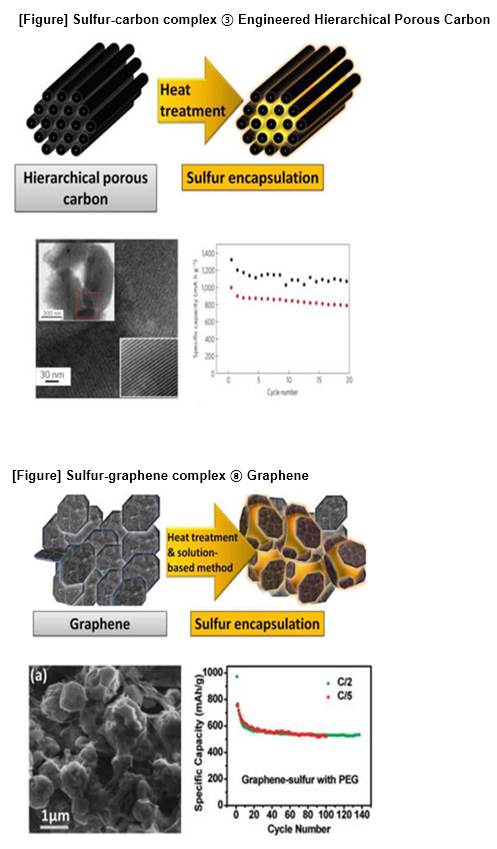 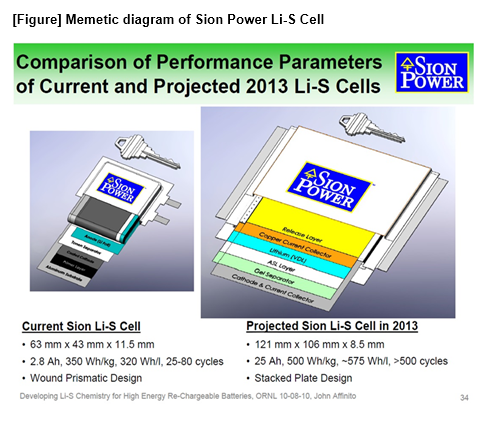 6. Status of Technology Development of Binder for Li-S Secondary Battery