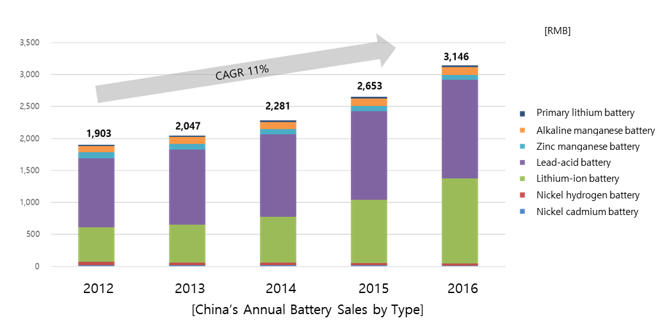 Batteries used to power electric vehicles have grown to account for about one-third of the total lithium-ion secondary battery market. Of various makers, BYD ranked 1st, followed by CATL, in terms of shipments. China's lithium-ion battery industry is projected to keep the pace for a while, and the expectation is primarily based on the Chinese government's policy aiming to expand the deployment of new energy-powered vehicles. The Chinese government is planning to run five millions of new energy-powered vehicles by 2020 and to achieve the goal, providing supports for all industries involved in material supply and battery and automobile industries. Besides, the increasing use of ESS in solar power generation and broadband network, E-Bike’s adoption of lithium-ion batteries, expansion of the smartphone and electric vehicle markets will drive the increasing demand for secondary batteries. 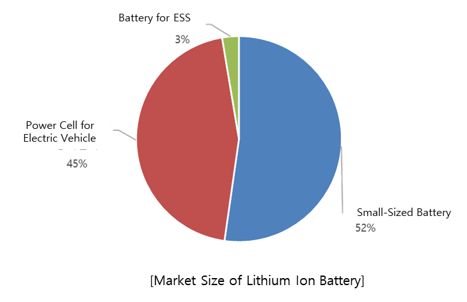 This report took a close look at the Chinese battery market based on the sales records of Chinese battery makers. Among various types of batteries, the market for electric vehicle batteries, which has shown noticeable growth in recent years, were analyzed based on supply and production capacity of each manufacturer and cathode material market share. Also, the suppliers of the four fundamental battery materials and their sales were analyzed.

1.18 Production Capacity of Medium- And Large-Sized Batteries (2016, By Cathode Material)

2.7 Growth of Automobile Production and Supply

2.9 Demand for ESS in The Establishment of High-Speed ??Broadband Network