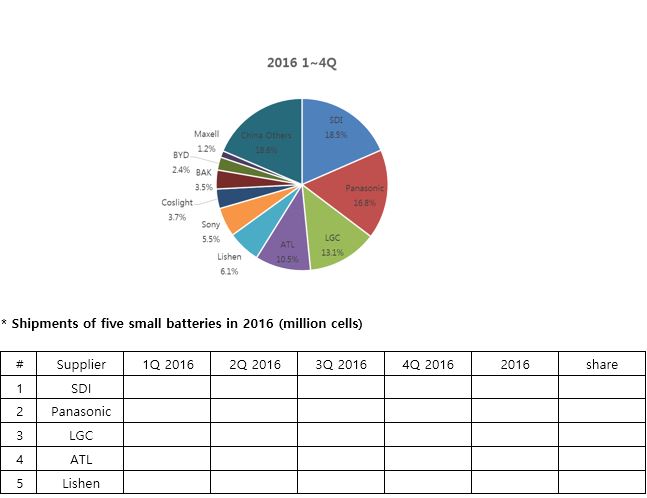 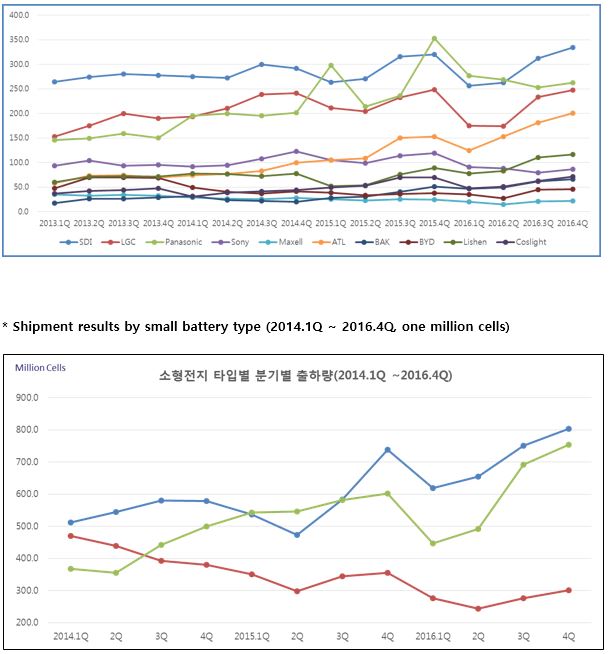 Cylindrical batteries showed a decline in demand for Notebooks, but overall demand for Power Tools and xEVs increased.

While prismatic batteries are mainly used for mobile phones, demand is steadily declining due to the adoption of pouch-type batteries in smartphones.

In this report, small lithium ion secondary battery shipments were analyzed by supplier, application, customer, and type. Based on the results of this analysis, we can understand the market situation and forecast the future market.

[Features of this report]