- Market analysis report and analysis tool based on more than 11,000 electric vehicle models and battery sales database in 77 countries worldwide

- Reflecting data on Chinese commercial vehicles and passenger cars, the largest market in the world

In addition, major countries in the world have recently announced major policies for carbon dioxide reduction in response to climate change, and have been making efforts to improve automobile fuel efficiency and to overhaul the automobile fuel economy in advanced countries such as the United States, Europe, China and Japan. In particular, the Netherlands and Norway have been pushing for the ban on the sale of internal combustion engines since 2025, and countries are actively promoting eco-friendly cars. Accordingly, demand for electric cars is expected to increase further.

In this report, we are analyzing the detailed sales history of electric vehicles sold worldwide and the rechargeable battery battery trends, which are core parts of electric vehicles, at the present time, which is expected to change dramatically in the global auto market. Currently, about 176 battery companies providing batteries for electric vehicles are able to understand monthly sales by vehicle maker and model, battery type and capacity.

Soon, this report will be the only one in the world not only in Korea but also in the global market for battery and electric vehicle sales.

In particular, the Chinese market provides sales and battery purchasing trends for major electric buses and electric trucks in China, such as Yutong, BYD and Zhongtong, which are expected to grow significantly in the future.

- Result of previous month would be collected and provided on the last day of the month. 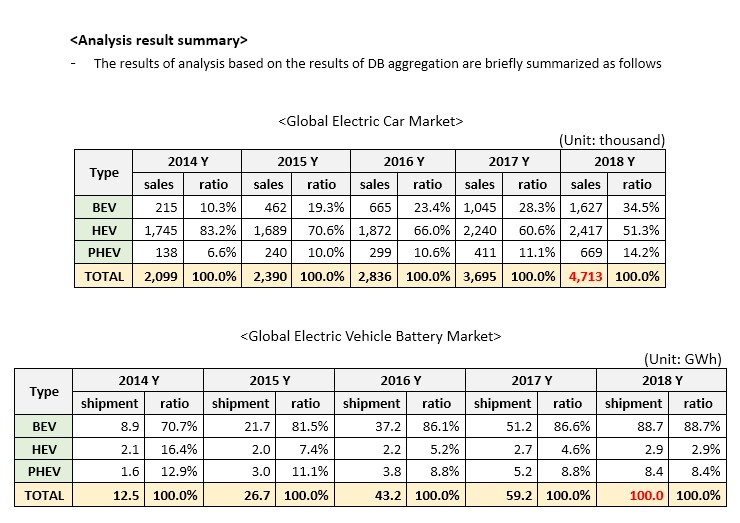 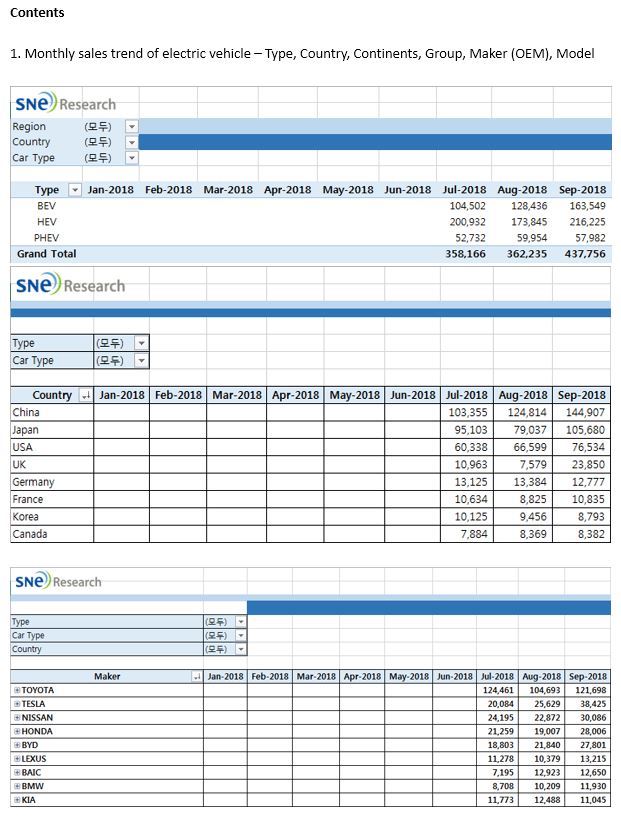 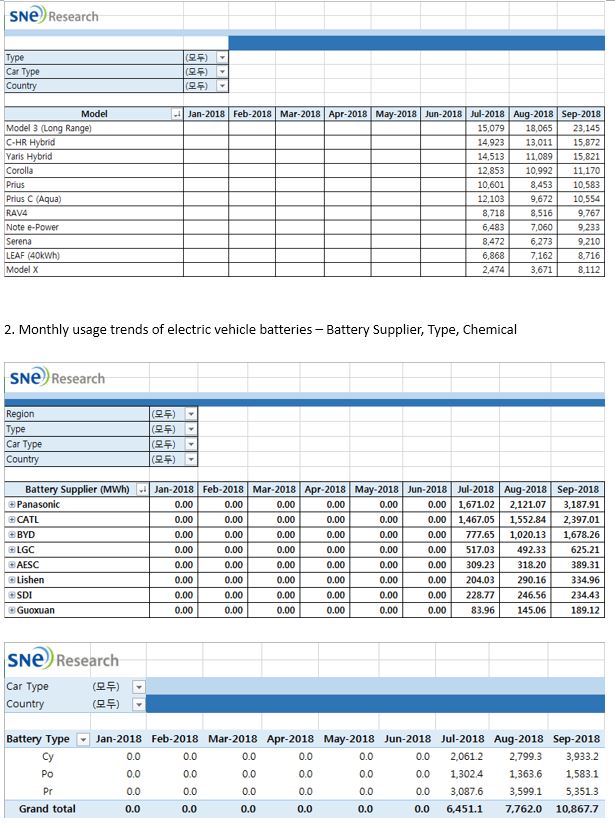