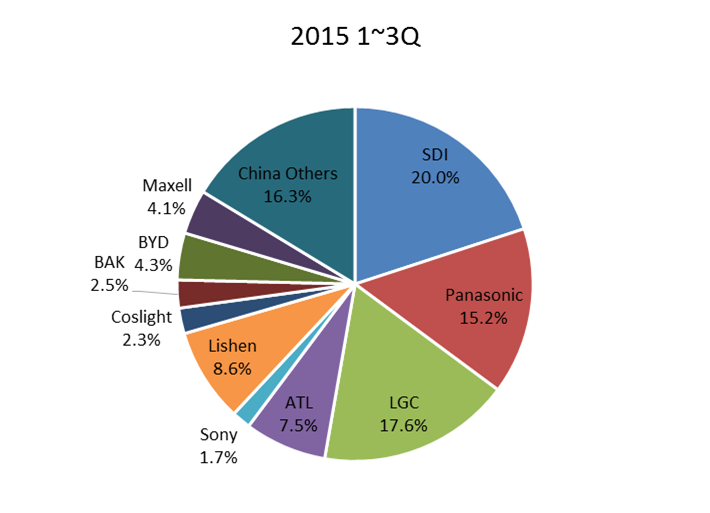 Regarding the quarterly shipments from the suppliers, the number of batteries shipped during
the third quarter of 2015 increased compared to that of the second quarter.
The ranking of Panasonic is falling after the company took the first place during the first quarter of 2015,
and it is maintaining the second position only by a slight difference from LG Chem.
The 2015 shipment level of ATL is on a rapid increase, and at this rate, it seems like the company
will be able to compete with the top 3 suppliers in 2016.

This report analyzes the shipments of small-sized lithium-ion secondary battery through categorizing
the numbers by suppliers, applications, customer, and type. Based on such analysis, it is possible to
apprehend the existing market as well as forecast the future market.