After gathering all shipments of small-sized batteries during the first half of this year,
Panasonic of Japan ranked the first place with 576.2 million cells,
and Samsung SDI of Korea followed with 534 million cells.
LG Chem took the third place with 416.6 million cells.
This is due to the increased supply of cylindrical-type cell to TESLA.
The batteries used in mobile phones and lap top computers are changing to pouch polymer batteries. 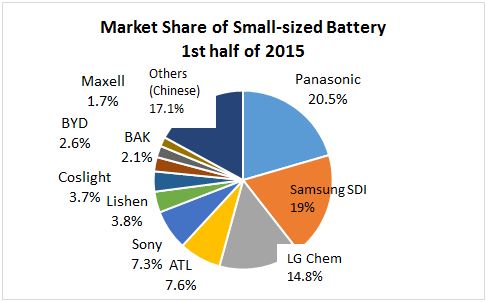 When looking at level of shipments from suppliers by quarters show that in the first quarter of 2015,
Panasonic took the first place. This is interpreted as the result of increased supply to TESLA.
Samsung SDI and LG Chem of Korea took second and third place respectively,
while ATL of China took the fourth place with a small gap from Sony, which took fifth place. 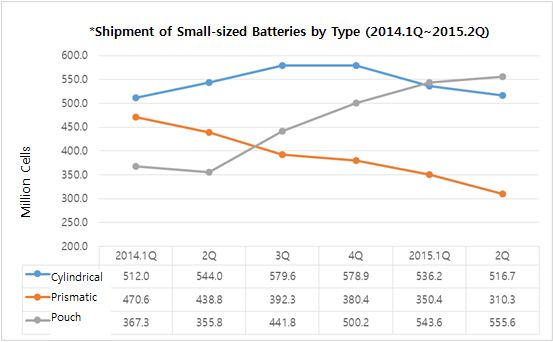 This report analyzed the shipments of small-sized lithium-ion secondary battery
by supplying manufacturers, application, customers and type.
On the basis of such analysis, it is possible to apprehend the market status as well as its prospects.

[Features of the Report]